The Journey to Harvard

Zak Adams from President Kennedy School has gained a place to study at Harvard University, the oldest institution of higher education in the U.S.A and one of the world’s most acclaimed and competitive institutions.

Zak joined President Kennedy School in September 2015 and from the outset consistently demonstrated an enthusiasm for learning both in and outside of a classroom setting. After an excellent performance at GCSE level, he has successfully gained four A Levels in History, Maths, Further Maths and Physics with grades A*A*A*A. and following a gruelling selection process will be travelling to the U.S.A to embark on his chosen Mathematics course.

His talents in both his academic studies and in his extracurricular pursuits were apparent from the outset and his consistent involvement in his school and wider community, combined with self-motivation and determination enabled him to stand out in the complex selection process. Academic excellence alone was not sufficient for Zak to secure his place and during his time at the school he has gone above and beyond to demonstrate his various skills and talents, not only linked to his subjects but also in his extra-curricular pursuits. Whilst gaining the most prestigious award for outstanding achievement in school, Zak was also one of 50 national winners in the Isaac Physics Award run in conjunction with the University of Cambridge. President Kennedy School have always supported Zak in the pursuit of his interests and this can be demonstrated in his involvement in the World Class Schools programme, forming an integral part of the school’s success in securing World Class school status, working collaboratively with his peers in developing presentations. In addition, he demonstrated a strong empathy towards other students who have been challenged educationally through either physical or mental disability in both his role as a Health and Well Being Ambassador and his involvement in a collaborative project with Sherbourne Fields school. Zak constantly aspired to learn more beyond the school curriculum and it is this thirst for knowledge which made him stand out. He applied himself diligently as a Performing Arts student being actively involved in both acting and dancing from the age of eleven up to the present day. He has won film awards as part of a team in several other countries, including an award for ‘Best Short Film’ at the San Diego Film Festival. He has also been part of a Young Entertainer team gaining first place and a subsequent special recognition award.

Zak is so much more than an outstanding mathematician and his academic excellence is only a part of what has led to his well-deserved success. Zak successfully combined his ability, passion, a desire to help others and a clear vision of the greater future purpose of his subject to gain this very much deserved opportunity. He was prepared to step outside of his comfort zone to learn more and was not averse to risk taking if he believed that his actions would have a positive impact on others. Zak fully embraced all opportunities presented to him both in and outside of school and he is now set to have a bright future in leading and inspiring others and we wish him every success from President Kennedy School. 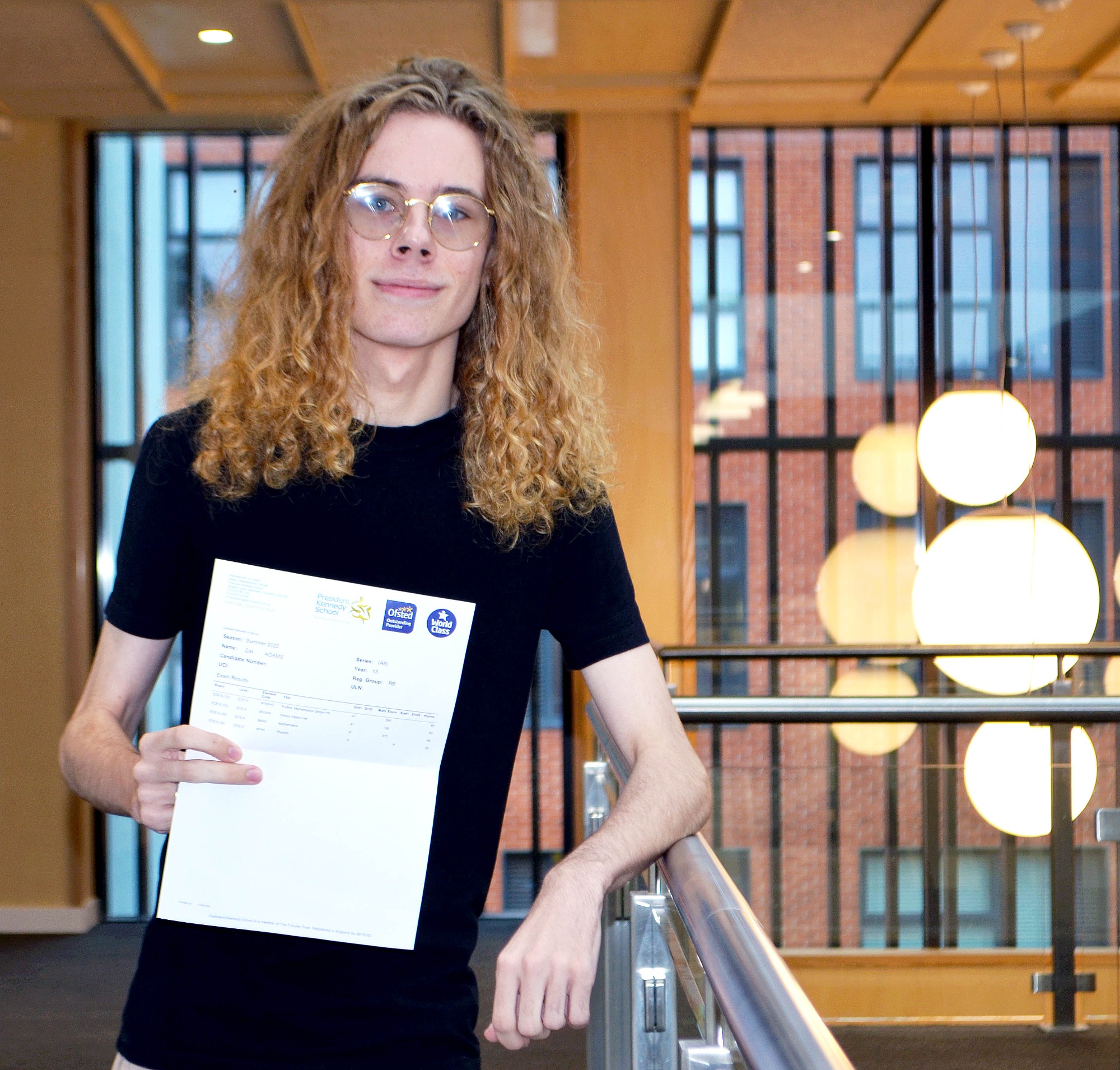 On the 31st of December 2021, I officially sent off an application to Harvard. After just over 3 months of waiting, a big red box appeared on my application screen: “There has been an update to your application status.”. Then, with one click, the box changed and was replaced by “#Congratulations2026”.

I had just been accepted to Harvard!

Having been accepted on April 1st, it was only 3 weeks later until I first stepped into Harvard square, for 'Visitas', the accepted student weekend. I was able to meet classmates, current students, and faculty; I was also fortunate to take a tour around Widener Library and attend lectures!

My application to Harvard stemmed from my desire to keep breadth and depth integrated within my studies. While I still applied to the UK for mathematics, and I still aspire to obtain a degree (a major in America) in mathematics, I also aim to gain another qualification in history to show my passion and versatility in both STEM and humanities. I cannot wait to spend the next 4 years of my life as a Harvard student, continuing to learn and experience things I never previously saw possible!