Thirty one students were invited from across both key stages, all of which are members of the School netball teams.

Bongiwe kicked off the first hour of the intense coaching session completing advanced netball drills that tested the girls’ physical skills as well as their ability to think tactically. Following this, the girls’ were given the chance to show how well they could apply their skills into a game situation and spent the remaining hour competing against each other in a mini netball tournament.

The girls’ were also given the chance to engage in a question and answer session with Bongiwe at the end of the session, an opportunity to learn more about the life of an elite netballer.

Overall, it was a very motivating and inspiring session and one of which I’m sure will only further encourage our young netballers to train hard and aim high. 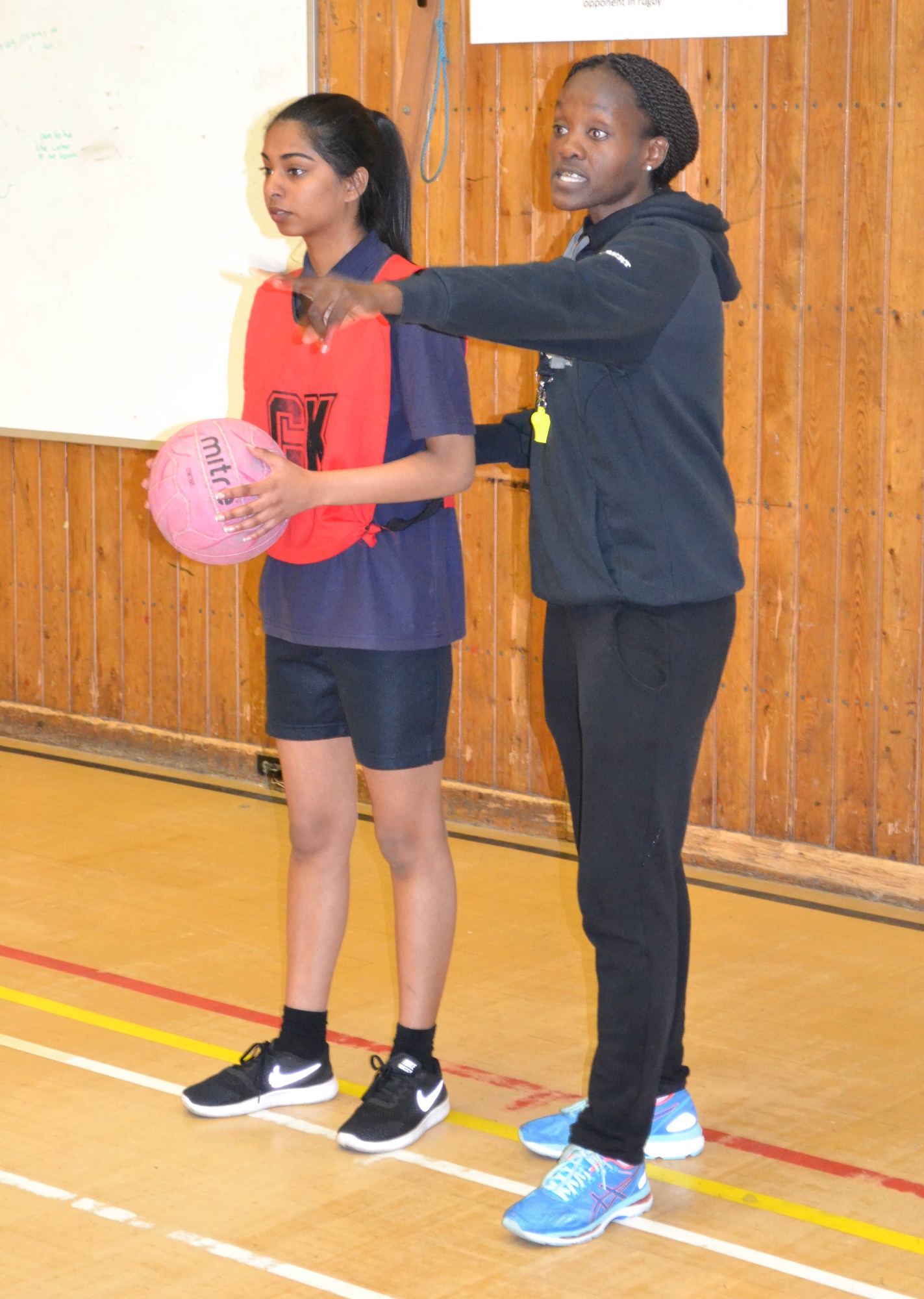