Students had built their own robots over six weeks and were competing against other Coventry schools to be the best robot team in the city. The competition was based around playing a game called ‘Swept Away’ (like tennis with robots) and they were competing against teams from Finham Parks 1 and 2, Kenilworth School, Whitley Academy, Grace Academy and previous winners, Stoke Park.

Over the past few weeks the pupils have given up their lunchtimes and after school to design, build and practise with the robots in preparation for the competition. On arrival at Stoke Park the teams were still making final modifications and assessing the other competition. Both teams were put into separate leagues and the year 7 and 8 team managed two excellent wins, one draw (against Kenilworth School, this year’s second place) and one loss (to previous winners, Stoke Park). This got them to third place in their league, an excellent achievement for a first time in the competition.

The year 9 team were even more successful. Drawing on the experience of a fourth place finish the previous year, they defeated every team in their league taking them straight to the final, a best of three matches against Kenilworth School. Driven by James Lee Jones who managed to keep a cool head the year 9s won two games in a row completing the grand slam and crowning them as overall winners. The team was rewarded with a £500 Vex IQ Robot.

Both teams were very proud of this huge achievement and look forward to returning next year to defend their title. 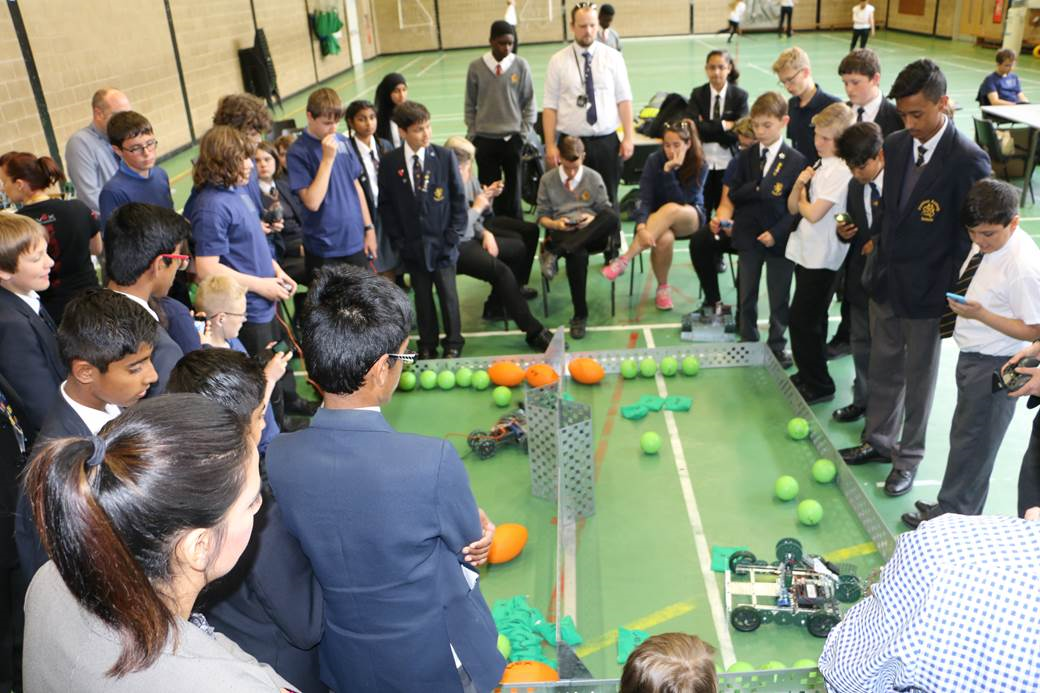 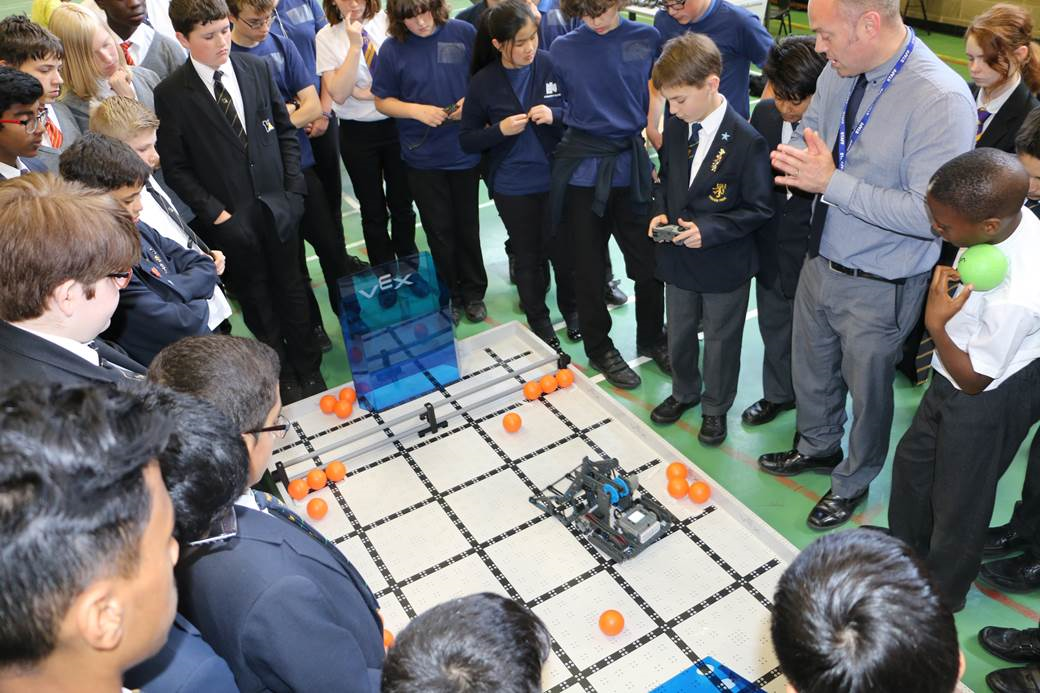 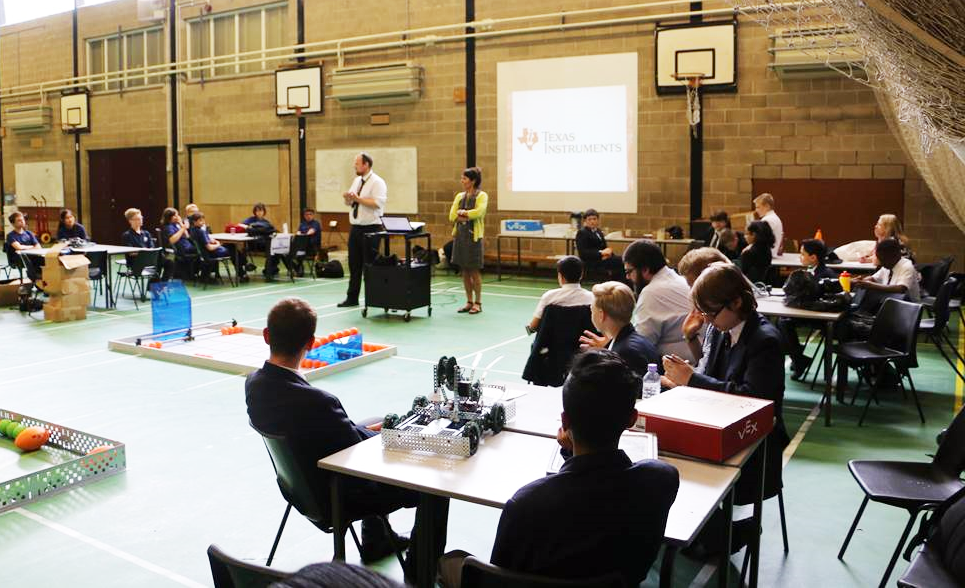 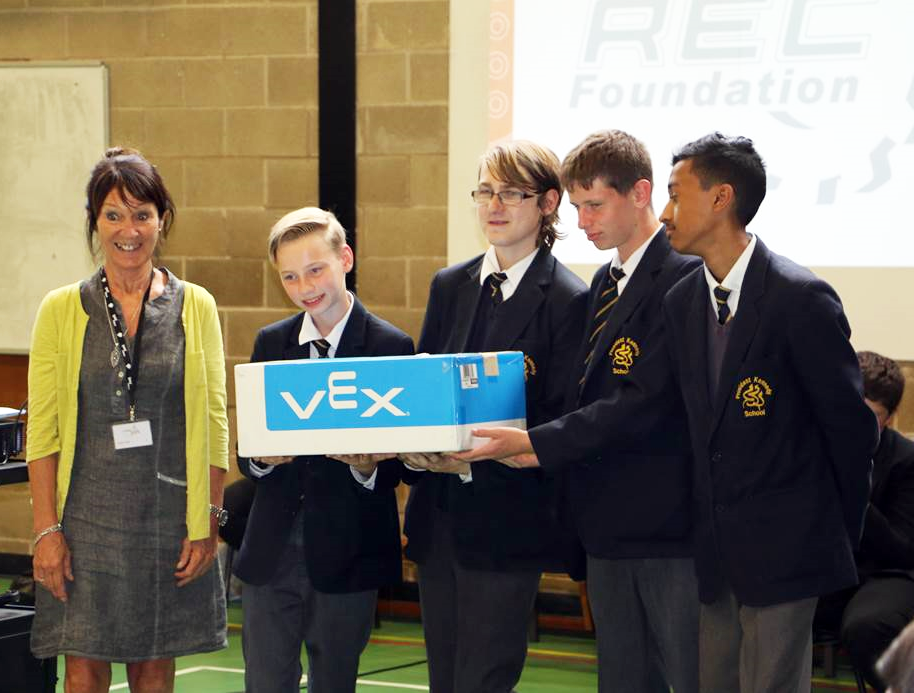